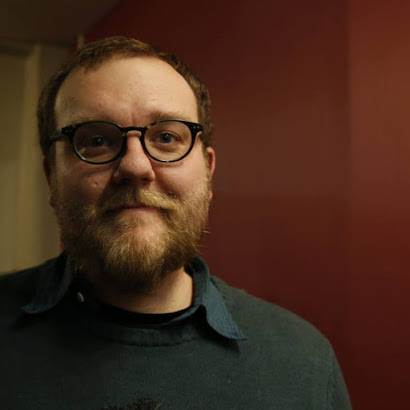 Created in 1984 by his parents, Neuroses and Earnestness, Mike Finazzo is an American filmmaker and mostly a nice guy.  Since starting Old Academy Pictures in 2015, the Baltimore native has directed the well received movies Wits End and Bored in the USA.  In addition to his feature films that have been critically praised at film festivals all over the world, Finazzo has directed over a dozen short films that have also received festival prizes and laurels all over the United States.  "Bored" is Mike's latest film and has been described as "Before Sunset with a little bit of Old Bay".  It is a very good movie and after it's successful festival and theatrical run is now is currently available on Amazon Prime and Vimeo.com.

Anyway, now that this biography is over, I will stop referring to myself in the third person.