The Mayans were kind of wrong

Last night I posted on facebook and twitter that "I did 273 sets and worked 14 weekends in a comedy club this year... I have a cool dog and a hot wife. I think I'm doing ok." I got a lot of responses (mostly positive) but a few that stated that I was bragging (most of them playfully).

For the record, I wasn't trying to brag.  If anything, I should have put more emphasis on my self doubt.  If I was an arrogant, confident or bragging man I wouldn't think I was doing okay, I would just say that I'm doing okay or God forbid... great.

I'm three years into doing comedy.  My first year saw me do over a hundred sets (I didn't keep as good of a record that first year).  My second year saw me do two hundred and eight sets and I got consistent work and weekends at my first comedy club.  This past year I'll have performed over two hundred and seventy-five times, worked and have been rebooked at four comedy clubs and recorded and released my first comedy album (which made a profit and between iTunes, Amazon, Spotify and physical CD's has been heard by over a thousand people).

Next year I'm going to work those four comedy clubs and already have three more that I'll be working for the first time.  For the past few months, my sets have been made up entirely of material that is not on my CD and I think it is the best half hour of comedy I've done in my young career.  I plan on putting this material down on an album in the next year and releasing it in a completely different way that will not only be cheaper and unique but will reach even more people.  I can't wait to share that plan with you over the next few months.

The point of writing this is to say that I've been working hard and in some ways am ahead of the curve... but I don't feel satisfied.  I've realized that no comedian worth their weight is content.  From an open micer doing his third ever set in a dive bar on a monday night to the most successful veterans that are selling out theaters in between making albums and movies... no one is where they want to be. There is always a next step and room for improvement.  There are always new jokes and stories to tell, more comfort that is attainable on stage and more shows that need booking.

So when I say that I've done a lot shows and have a small amount of success... my gut will always ask me in return: "That's it?" or "Why in the world do you think you're okay?".  Knowing the people I know and have met over the past three years, that doesn't make me arrogant or a bragger... it might just make me a "comic," something I will never feel comfortable calling myself.

P.S. Merry Christmas (if you celebrate it or not) and happy new year (because it's going to happen if you like it or not) 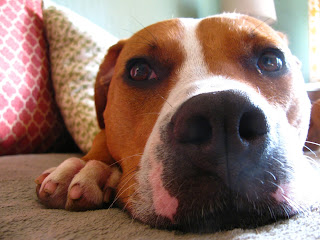 P.P.S. My dog is really cool and my wife really is hot.
Posted by Mike Finazzo at Sunday, December 23, 2012 No comments: 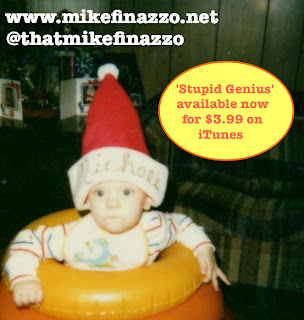 Posted by Mike Finazzo at Saturday, December 15, 2012 No comments: 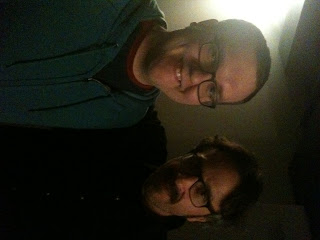 I need to update this page more. I used to use this blog to log every set I did and I'm considering doing that again in 2013.  It was fun to monitor my progress but also a lot of work writing blogs for over 200 shows (it would have been over 250 shows worth of writing this year).   I do think writing the blog made me a better comic and kept me motivated and working towards comedy related goals.  I'll figure it out in the next week or two... Either way, I'll be writing more blogs next year.